The Dock hidden camera is a motioned activated full colour 4K video recorder (with audio) styled as a desktop smartphone charger. The phone dock can be adapted for iPhone (old connector and new) as well as Android handsets. With inbuilt memory and mains power supply, this system is perfect for room surveillance at home or in the office.

A Desktop phone charger will fit into many different environments without attracting attention. This makes it ideal as a covert camera enclosure. This product has a super-wide angle lens ensuring that a larger area is covered within view and it is able to record video with audio in Ultra High Definition, taking power from the mains so there are no troublesome battery issues. Having said this, the unit also has an internal battery that will keep it powered for up to three hours. The resulting video footage is of such high quality that there can be no mistake what has happened on camera.
Video Recordings in Ultra HD

With the film industry slowly moving over to what is know as 4K (2000p) ultra high definition video, it should come as no surprise that covert cameras are following the trend. The LMSTA001 spy camera system is one of the only covert cameras on the market that can record in UHD format producing outstanding results. The 120 degree angle lens is designed to capture as much of the environment as possible. Normal wide angle cameras have a lens angle of around 80 degrees, so the LMSTA001 really ‘stands out from the crowd’ here. The memory storage capacity is 32Gb, so there should be ample space for recorded video footage.
Motion DetectionRecording

Probably one of he most important features of a camera that is used for room video surveillance is the need for motion activation which ensures that video recordings are only made when the camera detects movement within its view. This ‘dummy’ desktop charger uses ‘through the lens’ monitoring technology to achieve this and also records time and date on the footage, something that is always crucial for evidential purposes.
Switchable Day and Night Mode

The downside of many spy cameras is the ability to capture decent imagery in nighttime conditions. The majority will work reasonably well in lower light circumstances, but when the lights go out they are generally unable to take in enough ambient light to take any worthwhile video whatsoever. The LMSTA001 camera can be used in both daylight and nighttime scenarios. it has a discreet switch on the side of the dock body that enables switching between these modes, for when recording in the dark is essential.
Totally Discreet operation

The design of this desktop charger is fairly generic, so it physically should not attract much attention. The operation of the device is totally discrete in that there are no flashing lights, sounds or other alerts that would give rise to suspicion in any way that the dock is anything other than what it appears to be.
Suitable for iPhone and Android Handsets

Although the dock cannot be used to charge an iPhone or an Android device, it has changeable plugs that are suitable for all Android phones as we all as old and new generation iPhones. A phone could be left on the dock to add to the effect if required without arousing suspicion, thereby completing the disguise. So, if you are looking to capture super high quality video (with audio) in room situation, ten this product has to be at the top of the list 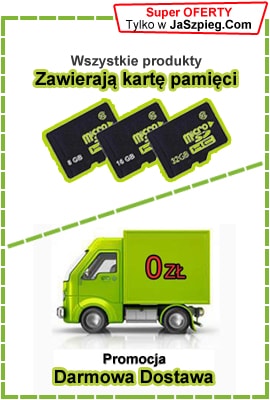